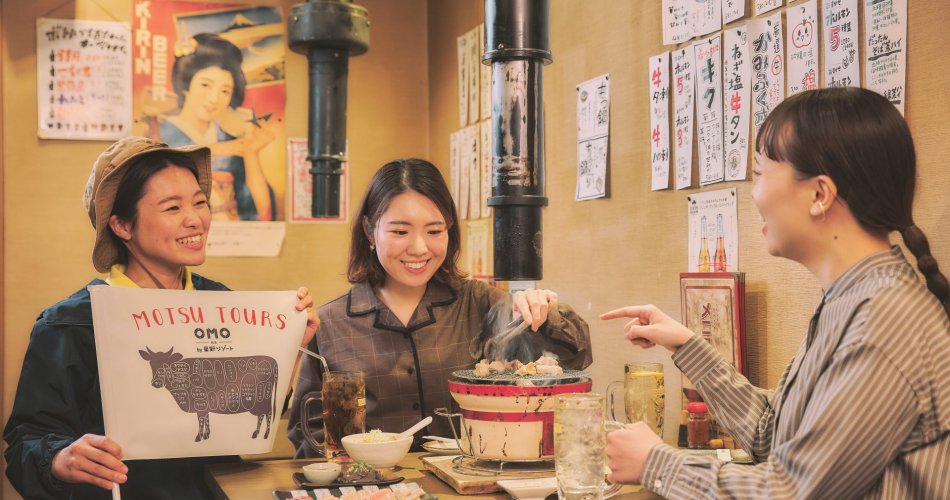 Learn "Motsu" and get into the charm of Motsu by eating it!

Appetite season is here again this year!
OMO5 Tokyo Otsuka will host the Otsuka Motsupaku Tour, which will allow you to enjoy the season of appetite. (September 1, 2022 to November 30)

Motsu cuisine became popular among the public after the war and remains one of Tokyo’s best-known downtown gourmets.
Otsuka, where the downtown atmosphere remains strong, is home to many famous Motsu restaurants, including grilled foods and stews.
When you hear the names, parts, characteristics, and ways to eat offal from OMO rangers who know their way around the city, you’ll feel even better about it!
If you socialize with the shop owner at a famous shop in the city, you will be drawn to the charm of the motsu you seem to know but don’t know.

▶ < b > Click here for reservations for the Otsuka Motsupaku Tour. 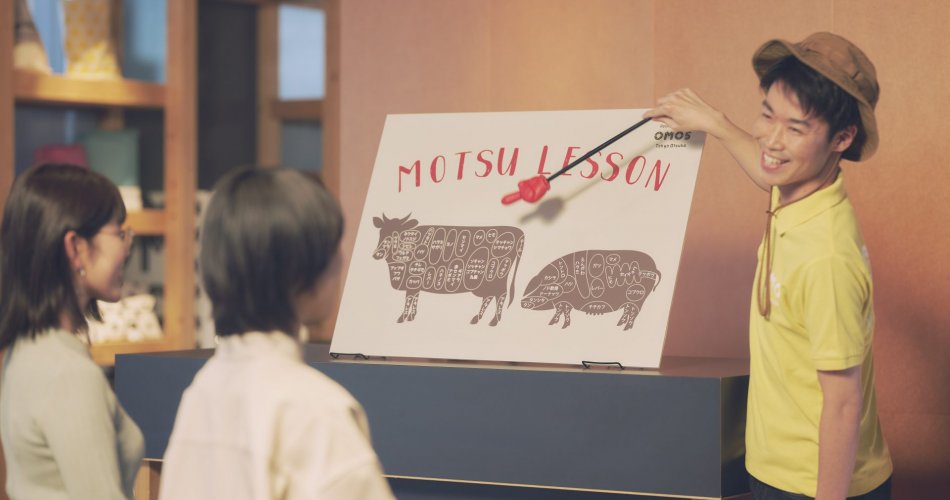 First, before you go on tour, get a “Motsu Lesson” from an OMO Ranger who loves Motsu!
In addition to the parts, how to call them, and how to eat them deliciously, we will give passionate explanations from a variety of perspectives to spread the appeal of motsu, including why it has become a downtown Tokyo gourmet.

In addition, we introduce recommended shops around the hotel to suit the way you enjoy alcohol and giblets!
You’ll also be able to get in-depth information you know because you’re an OMO Ranger who knows the city of Otsuka well, including specialty store owners and restaurant recommendations.

If you join this lesson before heading out to the town of Otsuka, you will surely enjoy the town’s motsu gourmet even more!

Walk around the neighborhood's Motsu Gourmet 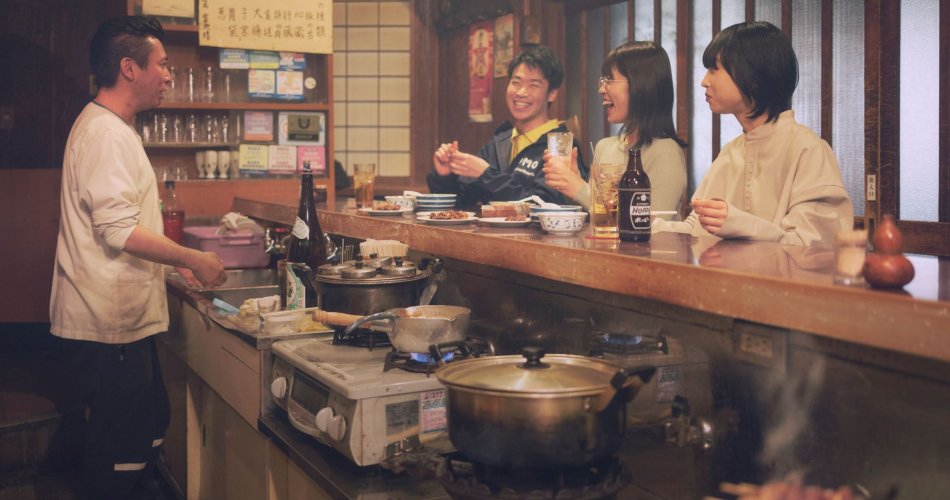 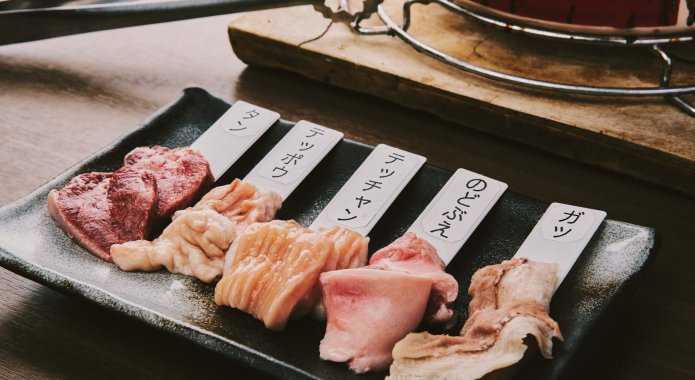 Go with the OMO Ranger to a place where you can eat two entrails!

Even if you find it a little difficult to get into the restaurant because it is full of regulars, you can rest assured that the OMO rangers who are good friends with the neighbors in the city will support you from entering the restaurant to ordering recommended menus and leaving the restaurant.
You can enjoy a variety of offal dishes, including grilled offal, simmered offal, offal sashimi, grilled offal (offal), and fish offals such as shirako and anko.
In addition, the OMO ranger acts as a bridge of conversation with shop staff and patrons, so you can naturally interact with people in the city and enjoy Motsu Gourmet while feeling close to the city.

Also, there is a shop where you can eat the special menu “OMOTSU (Omotsu) Set” which is limited to tour participants!
The OMOTSU (giblets) set is an assortment of five different kinds of giblets, one bite at a time.
Whether you are an offal lover or a beginner, you can enjoy the offal recommended by the owner without hesitation. 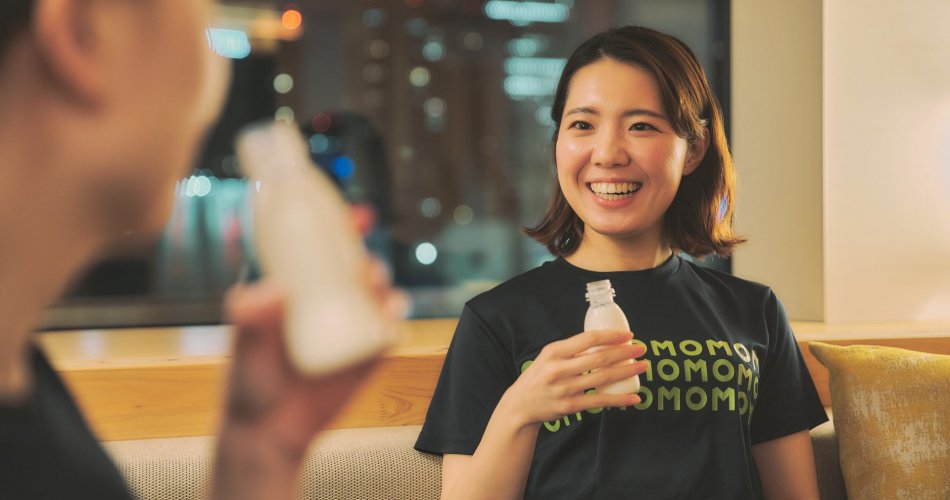 After enjoying the offal dishes, OMO rangers will support you so that your offal is appreciated.
In general, “Motsu” refers to offal in general, but in this tour’s Motsu Care Support, we present you with a lactic acid bacteria drink to show off your stomach after a meal.
Lactobacillus drinks can increase the number of good bacteria and improve the environment inside the motsu, so you can enjoy them without feeling heavy in your stomach even when you are on a trip where you tend to overeat.

Period: September 1, 2022 – November 30
Time: 17: 45 ~ 20: 00
Price: 1,000 yen per person (Tax included, meal included)
Reservations: < b > Reservations page accepted up to the previous day
Target: Accommodation
Capacity: limited to 1 group (1 ~ 3 people)
Note: Minors are not allowed to participate in the event to guide them to restaurants that serve liquor. 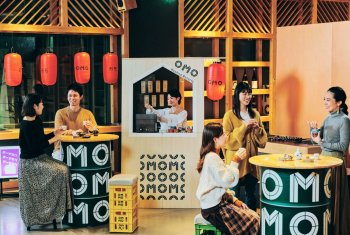 Hot can Pong Sake base held

Enjoy hot sake and canned food together in Otsuka, the Holy Land of Sake 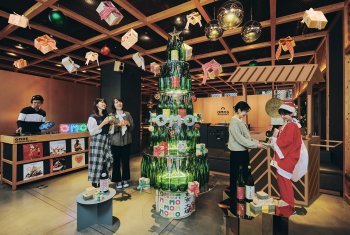 Santa appeared with a 1.8 liter bottle of sake Bring Otsuka Gourmet to your room!

You can enjoy the staff's recommended Go-KINJO menu in your room. 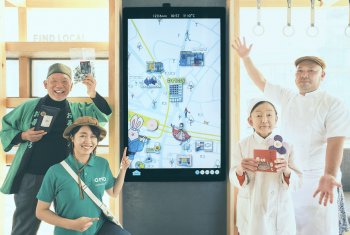